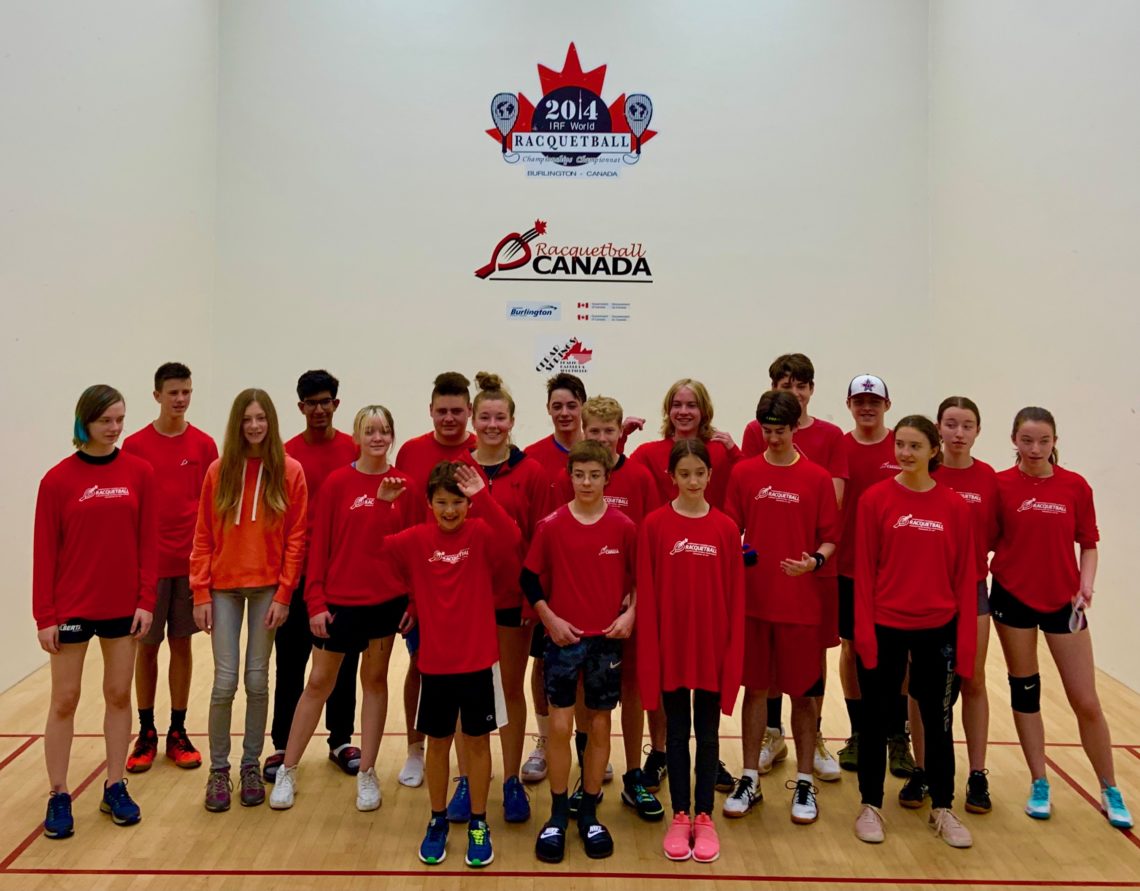 Championships Wrap Up in Burlington

WINNIPEG, OCTOBER 19, 2021 – Racquetball Canada’s Junior National Championships provided a positive return to sport for Canadian junior athletes. The tournament which ran October 16 to 17 was held at Cedar Springs Health, Racquet and Sportclub in Burlington and was hosted by Racquetball Ontario. Athletes attended from Alberta, Manitoba, Ontario and Québec.

The championships were the first major event for junior age athletes held in over two years and also marked the first time back competing for many of those attending.

“I’d like to congratulate Racquetball Canada’s juniors, parents and coaches on a successful return to competition,” said Jen Saunders, Racquetball Canada’s High Performance Director. “The level of play, sportsmanship and energy displayed on the courts all weekend is to be commended. A special congratulations to our new national champions and the athletes who have qualified for our Junior National Team. A heartfelt thank you also goes out to Racquetball Ontario, Cedar Springs and all the volunteers who made the tournament so successful and fun!”

Juliette Parent of Saint-Jacques Sainte-Jacques (Québec) and Nathan Jauvin of Terrebonne (Québec) were the winners in the 18 & U singles events.

Christian Pocsai of New Hamburg (Ontario) and Tamara Wilscam of Repentigny (Québec) were the winners in the 16 & U singles events.

Chloé Jauvin of Terrebonne (Québec) and Asher Pocsai of New Hamburg (Ontario) won the 14 & U Singles events. Pocsai and partner Raphael Guillemette of Sainte-Antoine-sur-Richelieu (Québec) were the Boys 14 & U double winners.

Juliette Parent was the recipient of the Heather Stupp Award and Christian Pocsai was awarded the Sherman Greenfeld Award. These two awards are given to the female and male athletes who exemplify excellence and good sportsmanship on and off the court. The awards are named in honour of two of Canada’s great racquetball athletes who are both inducted in the Racquetball Canada Hall of Fame.

The championships were an important event in restarting the sport and helping the athletes return to training and competition. In addition to the normal competitive events, a number of athlete development activities were offered in conjunction with the tournament.

Racquetball Canada will officially announce the Junior National Team in the coming days.

Click here for the link to the tournament draw and results.